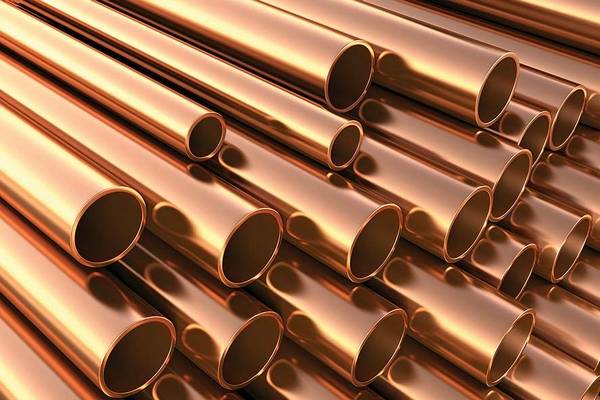 Fun Fact: According to the Environmental Protection Agency (EPA), copper can kill 99.9 percent of bacteria that lands on its surface within two hours. It is recognised as the world’s leading anti-bacterial metal. 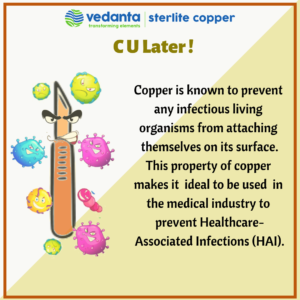 Illnesses contracted from touching infected surfaces in a hospital is called Healthcare-associated Infections (HAI) and is more common than you think. However, there now seems to be a novel solution to prevent such contamination and this solution lies in the form of copper.

Copper is believed to have the ability to break the cell walls of any microorganism that land on it. So, if any patient with an illness touches a copper-coated door knob in a hospital, the copper swings into action and breaks the cell walls of the bacteria, preventing it from functioning normally and thereby reducing its multiplicity. This greatly lowers the risk of the infection spreading from door knobs/handles and hospital surfaces to a healthy person who is innocently visiting a patient in the hospital. It is this antimicrobial property of copper which makes it a highly sought after metal to be used in hospitals. In fact, many hospitals are now opting to have copper coating on exposed surfaces such as on:

This is because copper is known to prevent any living organisms from attaching themselves on its surface. In fact the healthcare industry is quickly waking up to the benefits of copper being used in hospitals for a safer environment. In Chile, there exists a project, sponsored by a state-owned copper producer, that deals in coating copper and copper alloys in medical equipment that require frequent handling. This copper coating ensures that any infections transferred to the surface during handling, does not get transmitted to another patient or person in the hospital. The ultimate objective of the project is to prevent the spreading of any infections within a hospital to reduce HAI rates.

In fact, Copper’s antimicrobial properties are not a recent discovery and dates back centuries. Medical manuscripts dated back between 2600 and 2200 B.C, shown records of copper being used to sterilise drinking water as well as wounds in the chest. It is such evidence that has prompted scientists and researchers to believe that copper aids in not just curing diseases but also reduces infections. Evidence like this has led researchers to believe that copper compounds can not only cure the disease but assist in reducing the number of infections.